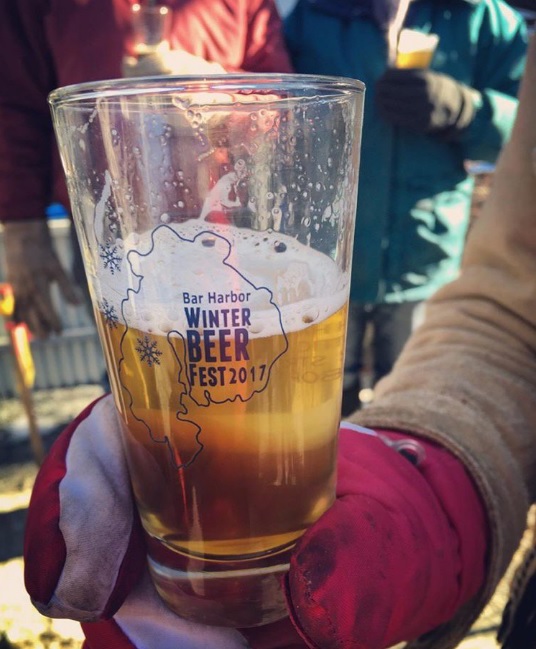 On January 14th over 300 people and eight breweries gathered at Atlantic Brewing to enjoy craft beer, live music, games, food, and cold winter temperatures. The brewers tent allowed for unlimited samples from Airline, Atlantic, Blank Canvas, Boothbay, Dirigo, Geaghan Bros, Marsh Island, and Orono. Most of these craft breweries represent the Downeast Region and all are from Maine. 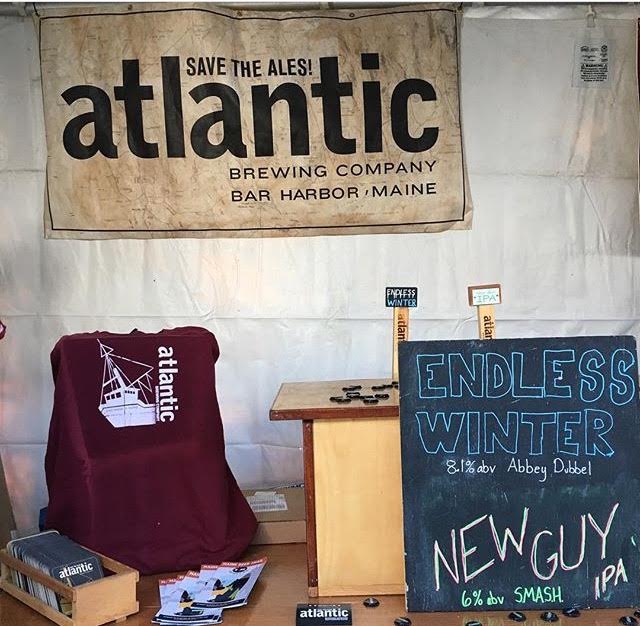 Games and winter fun were sponsored by Side Street Cafe. Participants fought head to head in a doughnut eating contest and teams took one another down in a keg stacking contest 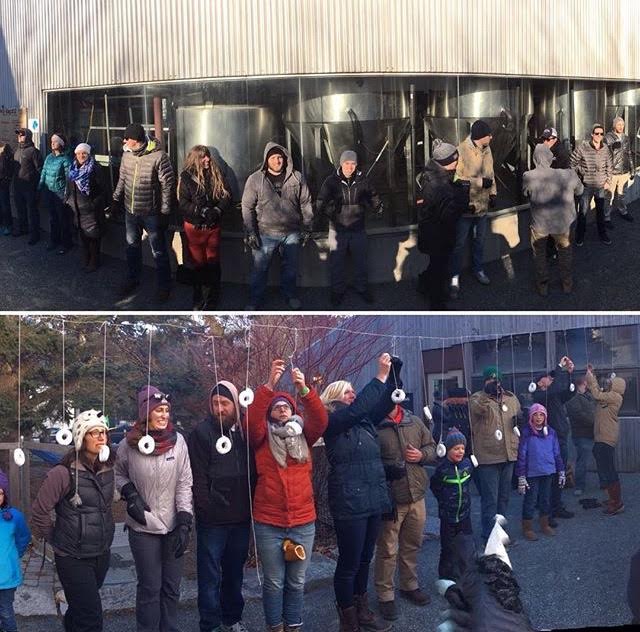 The day was full of events such as an author talk by Josh Christie sponsored by the Jesup Library. Christie is a Maine beer expert and is the author of Maine Beer: Brewing in Vacationland. Music filled the outdoor venue and was provided by the Mike Sassner Band and Russell & Jeff. 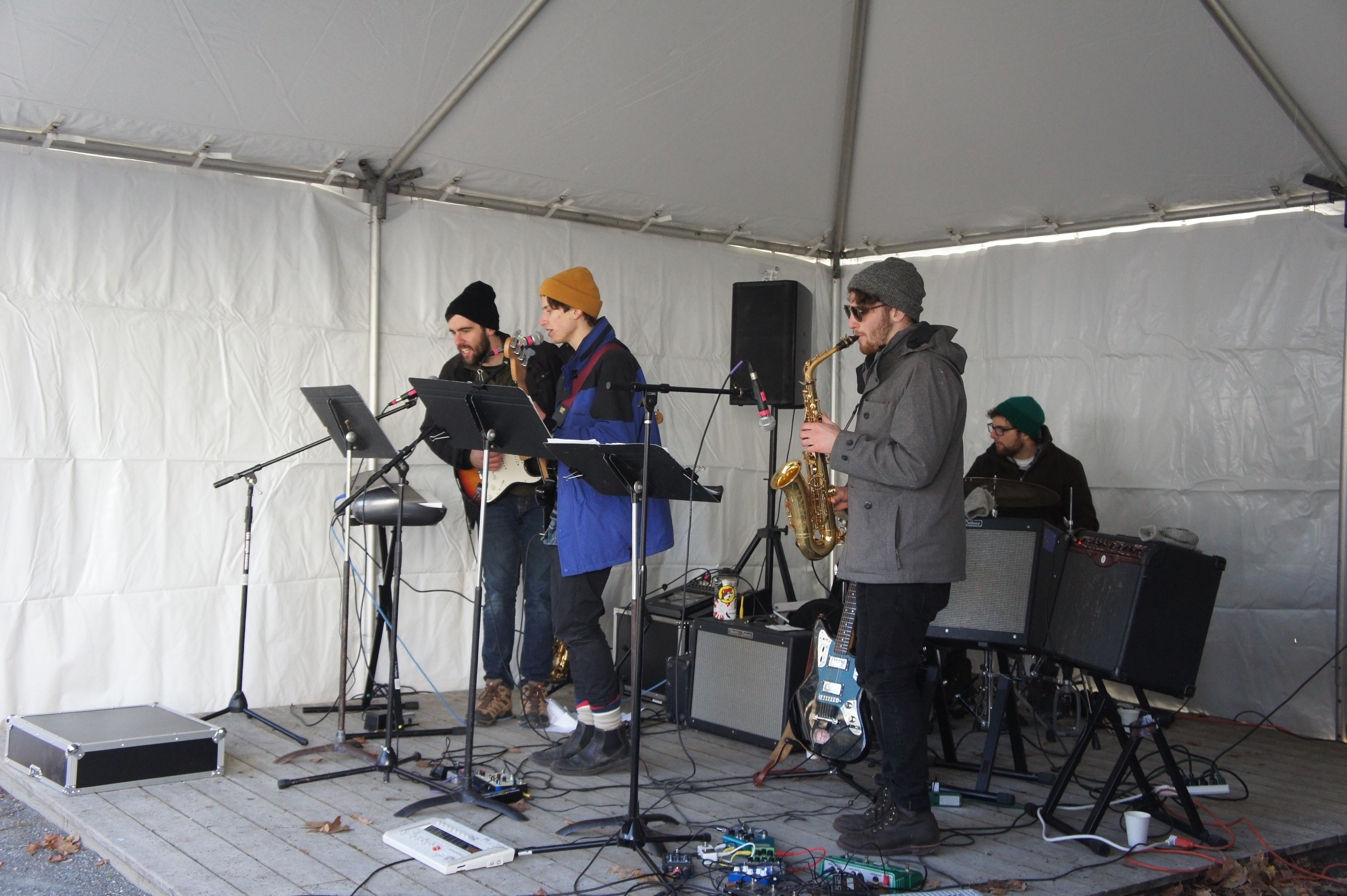 Winter in Maine is a chilly time and Saturday was no exception. The temperature hovered around 15°. Luckily the sun was shining and the beer was flowing. Warming stations kept participants toasty and allowed for some s’mores breaks as well. Hot beverages were provided by Choco-Latte and delicious made to order food was available from Havana on site. All of the fun was captured by Bar Harbor Beer Works who sponsored a photo booth! 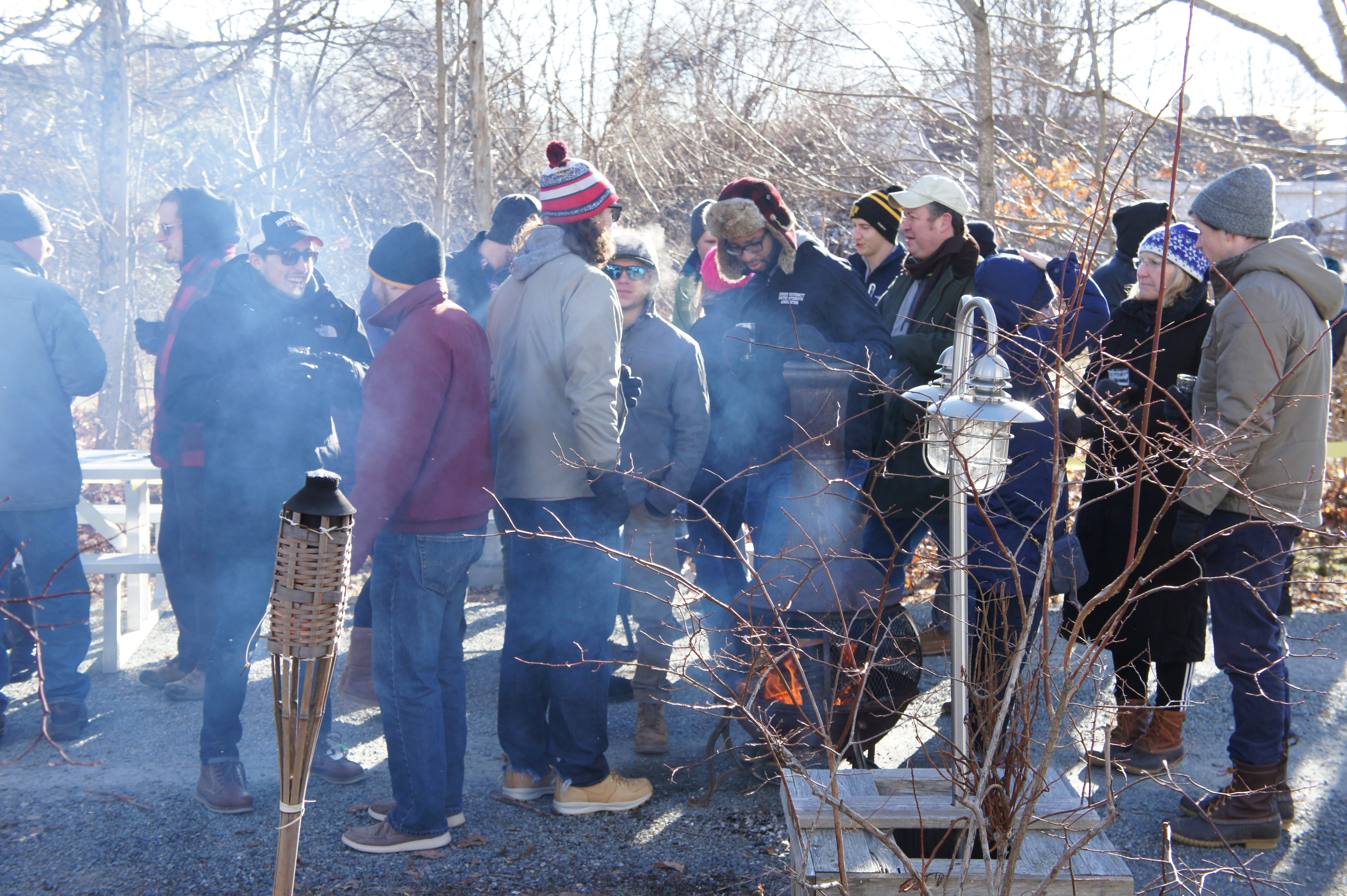 If the full day of beer and fun held at Atlantic Brewery wasn’t enough, the whole weekend was jam-packed with craft beer themed events. To build up the hype Side Street Cafe had the only keg of our one-off Abbey Dubbel Ale “Endless Winter”! Endless Winter went so quickly that it was replaced by another Atlantic brew within a day. A Bar Harbor bar crawl kicked off events Friday night featuring beer and food specials at many local bars. Side Street Cafe and the Thirsty Whale Tavern got in on the action with some great deals! Later that night Leary’s Landing Irish Pub hosted a tap takeover where each tap was a beer from a participating brewer at the Winter Beer Fest. It was a great time to meet brewers and try some local craft beer before the fest had even started.

We hope you had a great time at the second annual Bar Harbor Beer Fest and we hope to see you back next year! Don’t forget to tag your photos from this past weekend using #BHWinterBeerFest

Get updates on special events, offerings, and more